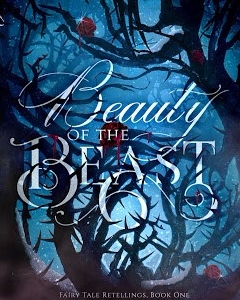 As a longtime lover of both the original “Beauty and the Beast” tale and both of the Disney films, I was excited to find this book. And while my excitement dimmed somewhat when I noticed that this one did not have the magical elements, as some of the other historical romances that have attempted to adapt the tale have fallen flat, I found I took a chance on this book, and fell in love. This has enough of both the original story and the Disney version to please fans of both iterations, but it is  different enough to be original and worth the read.

I am normally not a fan of broody heroes, but Adam is a rare exception. He is such a wonderful person, and despite all that he has been through, and his urge at first to punish Isabelle and her father, you see him feel remorse, especially as things take a tragic turn and he is reminded of his own losses and how they impacted him. And Isabelle is a great partner for him, inspiring him to feel again, and opening him up to the world.

Demeter also should receive props for her development of the villain character, Claude Dumont, crafting someone who, while we hate for his behavior, can understand to an extent. As there has been some discussion in the Disney theory community regarding the way nature and nurture played a role in the way Gaston and the Beast with similar personalities going down two different paths, I like how she took this concept and fleshed it out by giving us more insight into who Dumont is, and how despite both of them dealing with darkness in their lives, we see Dumont and Adam making drastically different choices, due to the influences in their lives.